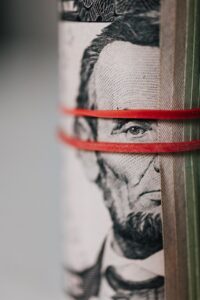 There was no doubt he had a discrimination case. He had saved emails and meeting recordings to back up his claims and had even visited an employment lawyer. Twice. Both the attorney as well as trusted confidants encouraged him to sue. If it had played out, this case could have cost the company millions and tarnished its reputation. The employee was a highly paid professional; his confidence was low, anxiety high.

He was my coaching client. The company he was being encouraged to sue paid me to coach him. He was talented, and they wanted to retain him.

The United States Federal Government defines 13 types of discrimination. I’ve worked with clients who claim to have had seven types of these formally defined discriminations. Unfortunately, not all went so far as to visit a lawyer. As a professional coach, I keep confidential the information my clients share. Nobody at the company often knows about the discrimination or how serious it is/was.

Based on Equal Employment Opportunity Commission data, in 2021, from the 61,331 charges filed in the United States, $535 million was awarded to employees from discrimination cases. Studies show that 10 percent of the cases award $1M or more.

As a coach, I don’t advise someone to sue or not. My job is to help them figure out what is best for them and the company, which can be a tricky course to navigate. Coaching confidentiality creates a dilemma for businesses. How do companies know that the money they pay coaches provides business value when a coach can’t share the conversations? They rely on experience, trust in the coach, and whether they have seen results. Sometimes they will never know how much money investing in coaches saved them.

To reassure companies that they are getting value, I introduced the concept of a Public Coaching Goal. Simply put, the public goal is what the client and sponsors agreed can be discussed.

The public goal is related to performance improvements that would benefit the business and the person coached. The goals are typically skill and behavior-based, like influencing, communicating, or delegating.   The goal is established in the first few coaching sessions, including a measurement for success.

Many things get in the way of a client achieving a goal; sometimes is discrimination. Discrimination can be subtle and hard to see. Talking openly about it sometimes helps determine if discrimination was part of the block to success.

Some discriminations are obvious, like being propositioned by a more senior executive in exchange for a choice role. There can be lots of second-guessing to determine whether it’s discrimination or not. I’ve seen people not wanting to tell anyone, to solve the problem independently, or ignore it.

As a coach, I work with them to resolve the situation in the best way possible. The resolutions vary. In all cases, the person becomes more confident in handling unknown and complex challenges. Sometimes, the answer can be that the person left the company or changed jobs or managers within the company; some were able to tackle the discrimination head-on. Sadly, in one case, I was burned; I was the fall guy. In hindsight, I am okay with it and wish I could have broken my confidence and let the person who hired me know what was happening.

I want businesses to know that when they hire a leadership coach, the company will potentially be saving millions of dollars in lawsuits and reputation . . . and they may never know!

Investment in coaching a talented employee makes a difference to the company and the individual, sometimes not in ways one might guess. Not a single one of the leaders I worked with sued, even in the cases where it was blatant, and a lawyer was itching them to file suit. Instead, the leaders thought the situation through, considered all angles, and made the best decision they could at the time.

Most of us need help finding our way through challenges. Coaching accelerates, opens possibilities in the journey, and brings about the best solutions.