3-Step Shift to Gratitude: When the Boss Belittles

Despite knowing that his manager supported his position and gave him regular raises, and promotions, Paul despised the person in charge over him. (In full transparency, Paul is not his real name—or any one person, for that matter—as some variation of this story plays out hundreds of time a day, and in every type of business.) 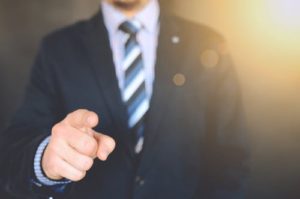 Paul’s dislike came from his manager’s poor behavior, some of which included belittling, name-calling, and never sharing words of appreciation for Paul or his team. It was a difficult and seemingly unchangeable situation.

After three years of trying different approaches with no real improvements, Paul left the company. Unfortunately, the company lost one of its best and brightest employees. Years later, Paul became grateful for his old manager. It was then that it became obvious to Paul that his positive behavior, such as showing appreciation and respect for others were key traits of his own leadership style.

Even though it took him years to be grateful for that gift of clarity, once he had that clarity, Paul found simple and authentic ways to increase his own appreciative behaviors for his team and company. He also learned how to deal with strong personalities, like those of his former manager, that did not have the same style as him.

It was then that Paul’s career finally began to soar. This was thanks, at least in part, to his use of the Three-Step Gratitude Process.