The first rock I threw hit the bully in the mouth.
There was blood.
He wailed loudly and ran home.

I was nine years old and playing Barbies outside with my sister and a friend. The bully started by taunting us and saying mean things. He wouldn’t go away despite our pleas and kept escalating until he was throwing rocks at us! To avoid getting hit, we ducked behind the recently poured house foundation. Maybe he didn’t expect us to fight back, or perhaps he thought we threw like a girl since that was the nature of the taunting. Perhaps I was skilled, lucky, or unlucky when I hit him. Who knows?

The next day, the only phone in the house rang—a black wall-mounted rotary model in the kitchen. The caller was the bully’s Dad, asking for my father. I could only hear my Dad’s side of the conversation through the shut bedroom door. He was polite, apologetic for my behavior, and agreed to pay the boy’s dental bills. My father never mentioned the phone call, punished me, or gave me a chance to defend my actions.

I grew up in an emotionally neutral environment. I was taught conflict avoidance; everything was always fine. Being conflict adverse didn’t work out well in the new product engineering corporate world. As a recently promoted engineering manager, I suggested a technical alternative to a Senior VP. He disagreed and threw an open can of cola at me. I froze.  I was prepared with all the technical reasons and logic of my suggestion; I was not prepared for having that happen! 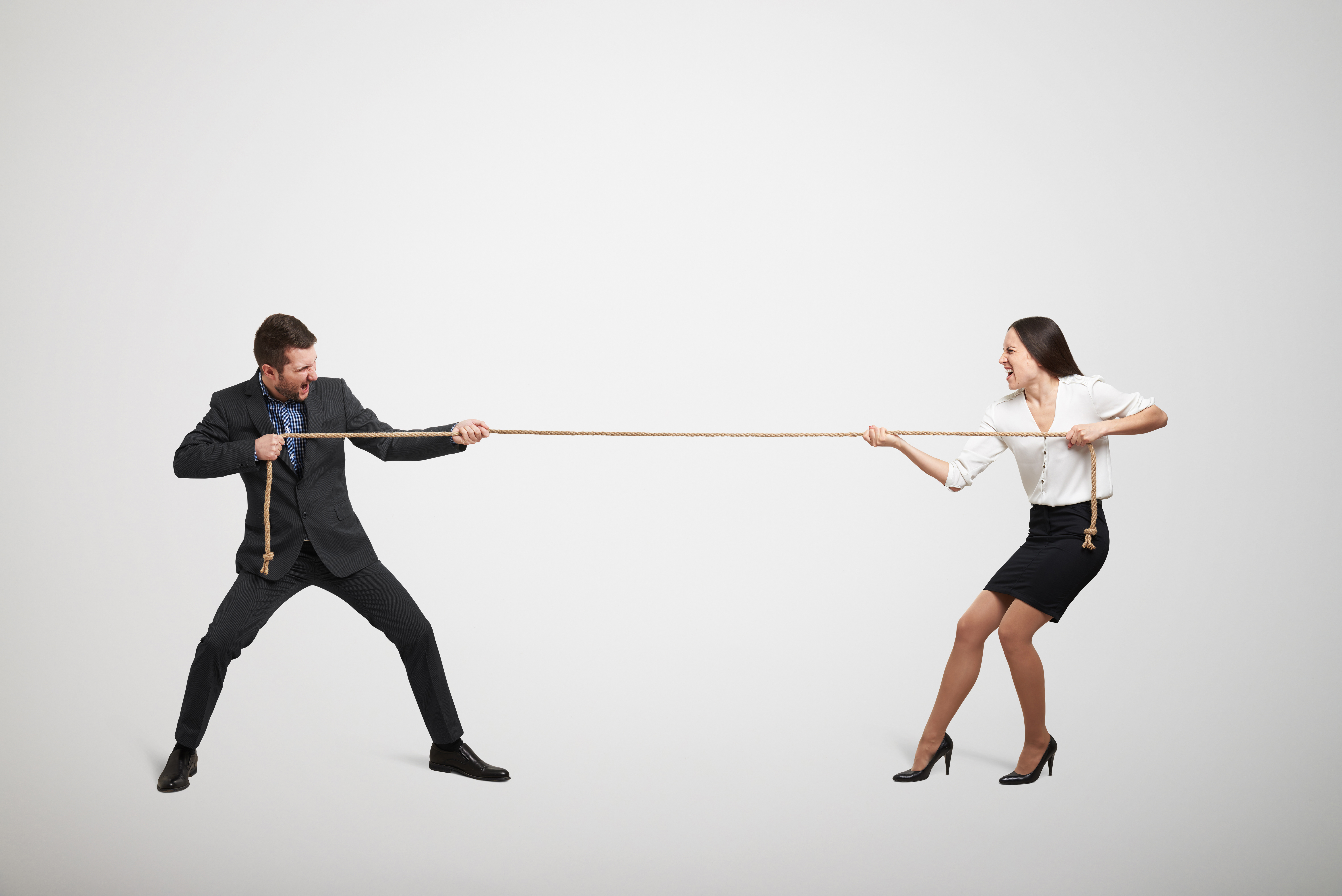 Until the soda can incident, I navigated conflict with logic. Conflict resolution was something you calmly discussed, comparing ideas with reason. Lists of pros and cons were how I resolved a dispute. I started my career as a software engineer, where logic ruled the day. The flying cola taught me that conflict could have strong emotions and unpredictability. As an engineering director, it was exciting and scary as I learned to drive through conflict on the job.

We faced some complex industry-level challenges as part of the rise of the personal computer and the Internet becoming ubiquitous worldwide. One conflict technique I mastered was intentional swearing. My ex-husband was a blue-collar worker who was a master swear slinger. When I was angry and needed to show it, I would plan and pick out the swears and voice tone I wished to convey in a business meeting. I practiced. Once every six months or so, my staff would hear me become passionately angry and swearing, and I’m not sure they realized how learned and planned it was. Over time, I became more confident in handling conflict and didn’t run from it.

Conflict management is an evolving science. There are many new things, especially how the brain and conflict work. For example, after my corporate career, I taught communication and conflict courses for a national education company to round out my conflict education. I was also at Boston University as part of a Master Level Project Management Course. In addition to learning conflict management on the job, I also knew the theories and techniques behind it. One of the widespread conflict models that are still widely used today is the Thomas Kilmann Conflict Model. I turned it into a visual chart using animals and made it experiential using Boston Traffic.

For a leader to be successful, conflict management is a required skill. Great conflict results require practice and adaptation to your style. The intentional swearing technique I used for a few years was not my style, and I removed it from my tool bag. Conflict resolution is not just a business problem; it is at the core of solving the world’s problems and those in our personal lives.

Successful conflict resolution is a way to find peaceful solutions.

Don’t wait for your flying cola can or bloody mouth incident to learn effective conflict resolution.

How did you learn conflict resolution?