“Do it my way or I will have you thrown out by security” I was told before the conference at the hotel. I had spoken up in a nice way and thought I was being helpful. I was coming from a place of gratitude and being a contributing member of the team. I wanted success for me and this guru at his conference, but I found h 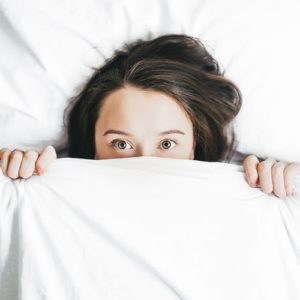 is approach a cross between a dictator and mansplaining. It just didn’t mesh with my leadership style. I suspected bipartisan was an appropriate message for this Boston crowd. It wasn’t easy to speak up. Personally, being a short, stocky, professional woman in a leadership role takes some doing to overcome and make a confident and real first impression (at least that’s how I see it). It was important that, as a leader, I project confidence and anything that might undermine it was something I wanted to mitigate. So, I suggested an alternate approach in a fun and lighthearted way. I had even checked with a handful of others to make I wasn’t crazy. Seven of the ten people I spoke with had the same thought. I thought I was on solid ground.

But no. It was clear that my suggestion was initially taken as an unwelcome challenge to this individual as he swiftly and roughly put me in what he thought was my place. I was hurt and confused. My suggestions and helpfulness had never been interpreted that way before. I tried to explain the context. His answer was to drag out more of his “rules” and threaten to throw me out if I didn’t follow them. Internally, I was angry. I didn’t need this crap and was doing fine. I was too busy to deal with it. I wasn’t going to volunteer.

After some soul searching and consulting with friends, my perspective changed. I got it. It wasn’t about me. It was about the guru and his need for control. I gulped and put on my big girl panties, and I let it go. I’d find my confidence elsewhere. I’m so grateful I worked through the fear. It was one of the best experiences I’ve had in a long time. Here are the four lessons I I learned:

I accepted that there would be moments of discomfort. When I first saw the guru at the conference, I was decked out in his gear. When he first saw me he only said one thing, “you look cute” before walking away. Later that day he sat down next to me at the eight-person conference table buffet lunch, and we all had a pleasant conversation. There were only a few moments of unease for me, and they were easily gotten through. Imagine the insecurity and frustration I would have endured if I hadn’t gone!

The hours of consternation and ten minutes of being uncomfortable paid off. The learning and connections I made at the conference were extremely valuable.

How many times do we stop ourselves from doing something out of fear? How many times is that fear based on a story we tell ourselves, a story only we know? When we get clear on what we want, explore our self-dialogue, get help, and lean into the fear, we get unstuck and advance.

Here’s a short video we at Star Leadership have put together to help you get unstuck.