Stop Being Nice and Save Lives!

In extreme scenarios, being nice and not speaking up can result in death. A failed O-ring seal was blamed for the Challenger space shuttle disaster that killed seven astronauts, even though NASA engineer Allan McDonald knew of the potential disaster and didn’t sign off on the launch. He’s since written a book, Truth, Lies, and O-Rings. The book looks at the pressures to launch and the internal cover-ups. He urges people to ask dumb questions and says, “In my entire career I’ve never, ever heard a dumb question. I’ve heard a lot of dumb answers.” 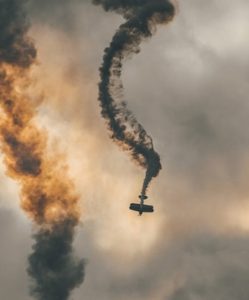 In 1990, 73 people died in New York City because a plane ran out of fuel and didn’t make the airport. The reason determined by the National Transportation Safety board was “ the copilot failed to properly declare a fuel emergency, resulting in air traffic control underestimating the seriousness of the situation. The captain asked the copilot, “Did you tell them we have an emergency?” The copilot answered, “I told them we were low on fuel.” Sadly, they both died, so we don’t understand why the copilot didn’t declare an emergency. I can imagine it’s not wanting to bother others and be polite. I’ve called 911 four times and each time I did, I almost didn’t because I didn’t want to be wrong or bother people to come to a non-emergency although each time after tons of analysis and consulting others it was the right thing to do.

Not being clear and failing to speak up have clearly caused deaths. It could have been the pressure to launch, not wanting to cause waves, not wanting to be wrong, not wanted to bother someone. To save those lives, someone needed to be willing to do the uncomfortable and hard thing.

In our personal and professional lives being nice keeps us stuck, and we continue to relive and hold onto the same challenges over and over. I urge you to get unstuck, speak up, and potentially save lives. That life could even be your own. By building your gratitude muscle, fear recedes and difficult to say things become easier. When they are said from a place of gratitude those words engage others and allow us to say what we need to say no matter how hard.

Has gratitude helped you say uncomfortable and difficult things?  Did it make a difference?